Why we should train politicians

The fact that American philanthropist Chuck Feeney has given £600,000 to help train our MLAs has caused a media storm.

MLA David McNarry amongst others has suggested that Mr Feeney might have better things to spend his money on. He believes that if you can’t write and deliver a speech, for example, you’ve no business being in politics in the first place. McNarry, of course, is an experienced politician and you would expect him and others of his generation to hold that view.

Yet the very fact that this is being treated as a major story by the BBC demonstrates just how far the traditional media and established politicians have drifted away from the views of ordinary voters.

The Hansard Society has, for the past 10 years, been tracking public perception of politics and politicians. In early reports, this included Northern Ireland, but the most recent only apply to England, Scotland and Wales. The latest report is very similar to the previous year’s which found a ‘disgruntled, disillusioned and disengaged’ public, turning away from politics.

Sadly this year’s survey suggests the position has worsened: just 41% of the public would be certain to vote in the event of an immediate general election. For 18-24 year olds the figure is 12%.

The results present significant challenges to politicians. The public are less able to identify the name of their local MP than at any time in the last decade and satisfaction with MPs continues to decline, dipping even lower than at the time of the parliamentary expenses crisis.

Today just 22% of the public can correctly name their own local MP, a decline of 16 percentage points compared with two years ago.  Only 23% are satisfied with the way that MPs generally are doing their job and only 34% say the same about their own local MP, both figures being lower than at any other time in the audit series.

The survey went on to work with focus groups to ask about what change was needed and the most popular reform improvement, supported by 48% of the public, would be to ‘make politics more transparent so that it is easier to follow’. This was closely followed by the proposal that politicians should be made ‘more accountable for their performance between elections’ (39%), ‘better information and education about politics for all citizens’ (32%) and ‘giving citizens more of a say (e.g. more referendums, more consultation)’ (29%). 26% said they wanted less spin in political communications.

So established politicians of all parties are not regarded by the public as doing a good job and one of the key demands of the electorate is that they should be held accountable just like they would in any other profession.

If I want a plumber to fix my pipes I’d expect the person I hire to know what he or she is doing, and it should be the same for politicians.

The current disillusionment is bad not just for politicians but for democracy itself and surely the more training they get, whether it is on how to  interrogate Ministers and civil servants in committee sessions or how best to conduct research or to influence policy on behalf of their constituents, the better?

So far from seeing it as a scandal that someone is prepared to fund such training, should we not be more shocked that it does not happen as a matter of course?

We elect politicians to govern us and in return we are entitled to feel confident that they are properly equipped for the task and know what they are doing.

And is that not even more of an issue here in Northern Ireland where our new political institutions are spluttering and our politicians are struggling to come to terms with post conflict society and stuck in Punch and Judy roles?

People increasingly want a new type of politician. This is being reflected across the UK with the rise of McNarry’s own party UKIP, the Greens and the SNP. The public is fed up with what they perceive to be establishment parties and establishment politics and want new faces and new blood.

However you cannot simply walk into an Assembly or Parliament magically equipped for every task. You need help and training and not every new MLA or MP has a massive political machine behind them to hold their hands through this process. And even where those party monoliths exist there’s no real evidence that they are providing the right guidance!

Let’s just take one example: the independent unionist MLA Claire Sugden. Sugden is one of our newest assembly members, taking the East Londonderry seat which was vacated by the death of her mentor David McClarty – who, as it happens, was one of our most highly-respected politicians 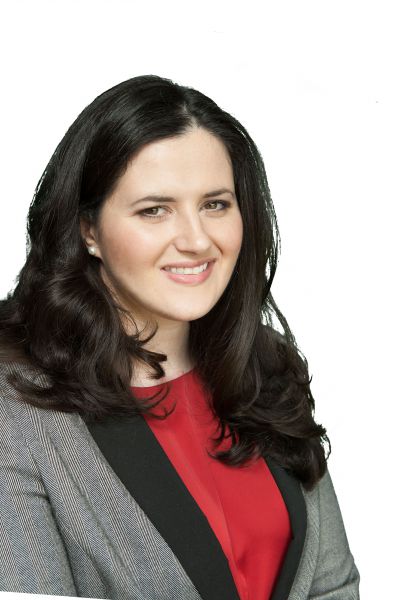 She is young, vibrant and just the kind of fresh new blood all assemblies need. Sugden came into her post with some experience having worked for McClarty and with an academic background in politics but she is a one woman operation. She has benefited both from Politics Plus and from the help and guidance given by Assembly staff and is generous enough to acknowledge the fact.

It would be perverse if she had not. We want and need a younger generation of politicians to join the Assembly, with new perspectives on our shared problems and a different way of working from the old ya boo politics that voters out there hate.

And we are only going to encourage more young people to stand for election if they know that they will have the support and yes, training, to help them to become good at their jobs, creating a new generation of proper professional politicians, as good at politics as anyone else is at their chosen profession with the humility and ambition to learn and get better.

That’s why Atlantic Philanthropies should not be put off or deflected from their investment in our politicians. We need and require them to get better at what they do, we want them to commit to improving their performances and we need more talented young people like Sugden from whatever background or party to get involved in politics and make Northern Ireland a better place for all of us.

We'd love to know your thoughts on this article.
Join us on Twitter and join the conversation today.

Get the latest edition of ScopeNI delivered to your inbox.

The impact of COVID-19 and educational attainment in NI

The economy: the long, hard road ahead

Why Boris needs to join up the dots on obesity