Through this campaign, NICVA is seeking to ensure that the sector has a real say in the shape of future investment and that future funding mechanisms are transparent and consistent for all.

NICVA is seeking to ensure that future public funding, budgeting, and programmes, including support provided to the sector through grants and contracts, is focussed and prioritised on the effective delivery of positive outcomes for society, through appropriate mechanisms that meet real needs.

The Belfast Charitable Society, the city’s oldest charity, has set up a foundation to celebrate the life and work of one of Belfast’s most remarkable women – Mary Ann McCracken.

Being on benefit: an abusive relationship with the state ?

Kevin Higgins, Head of Policy at Advice NI on the past, present and future of social security in the UK.

Next week sees the beginning of the roll out of Universal Credit in Northern Ireland.

Welfare sanctions in NI: the facts

Up the sanction - Welfare Reform's teeth could bite itself

DWP says sanctions are a "last resort" and encouragement to work - but some reported examples make that description look laughable, and could make them the biggest danger to Welfare Reform. Scope takes a look.

Welfare Reform: the view from Scotland

The general election result means Welfare Reform will come to Northern Ireland, one way or another. Scope looks at two reports examining its impact in Scotland - both on the public and the third sector.

Presuming the near-inevitable happens and Welfare Reform (eventually) passes the Assembly, does Stormont need a dedicated committee for oversight? Scope speaks exclusively with Michael McMahon MSP, who convenes just such a group in Holyrood.

How to survive the cuts

Northern Ireland is yet to feel the full force of austerity cuts and Welfare Reform is still not implemented. We spoke to the leader of England's charities to find out exactly what we can expect. 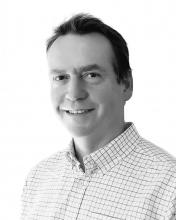