NICVA's Fundraising Advice Officer is here to provide the voluntary and community sector with help and support for all aspects of your fundraising needs.

Find the right funders for you and learn more about how to diversify your income streams to ensure the sustainability of your organisation for the future. Feel free to contact Lynn by emailing [email protected].

GrantTracker is Northern Ireland's leading funding website dedicated to finding grants, and helping fundraisers track schemes and manage their applications. NICVA hosts the site and keeps it up to date with the latest funding opportunities.

You can subscribe to GrantTracker for £40 a month or £145 a year.  For NICVA members, a special discount rate takes the annual cost down to just £100.

If you would like to find out more click here to access a short video which demonstrates the key functions of GrantTracker and is suitable for people who already use the site or are just interested in finding out more. If you would like any other assistance in getting the most out of GrantTracker, please just email [email protected].

Developing your fundraising skills is essential for the sustainability of your organisation. Our training will help you to consider how to diversify your funding streams and how to be successful in securing resources. We provide a range of fundraising training sessions to help you be more sustainable as part of our training calendar and bespoke sessions are aqvailable on request.

NICVA administers a tax effective giving scheme for charities, called Cheques for Charity, a donation and account system for individuals and companies. Click here to find out more.

A new democratic movement is gaining traction in Northern Ireland. From Rathlin Island to Newry and the Clogher Valley local people are deciding for themselves how money in their communities should be spent.

Charities: running out of cash

Loose change is the lifeblood of charitable giving. So how will charities adapt to a cashless society?

Charity shops do great work fundraising for the sector, providing affordable goods, and recycling. But, with the High Streets struggling, are they too successful? Probably not – but the context is important.

The end of the road for the Building Change Trust

The Building Change Trust (BCT) is due to wind up in December after ten years, during which it has distributed more than £12 million, Scope reports.

Wellbeing - sounds great but what does it mean?

The Carnegie Trust has recently announced a £350,000 fund for “embedding wellbeing” in Northern Ireland. This sounds great. But what does it mean?

There has been much coverage about the £19 million dormant account money which Stormont has still not distributed to charities.

Charities: the terrible price of addressing symptoms not causes of social problems

The debate about how to enhance the independence of charities took a new turn this week with a startling intervention from Fiona Weir, chief executive of the Joseph Rowntree Reform Trust.

Social Impact Bonds have yet to come to Northern Ireland. Scope looks at this new funding model and decides their use is probably narrow – but they still have a use.

Lottery operator Camelot has just ordered a review of its operations after ticket sales slumped by 8.8% in the last financial year.

Julie Harrison has been appointed Northern Ireland chair of the Big Lottery Fund. 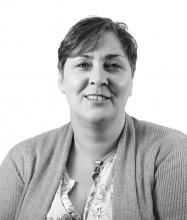